After my time at home it was time for me to get back into training, not that it really ever stopped. I was still on my bike and in the gym at home but now it was back to Sydney for a three week camp from the start of June. The first two weeks were with the Aussie boys alone and it was wet, cold and dark most of the time. Actually it was the coldest and wettest winter I have ever spent in Sydney which made it some character building stuff. Luckily I managed to bring some of my golf clubs over with me so got to spend a little bit of my down time working on my swing (golf has become one of my little hobbies that I want to get better at, it’s nearly as frustrating as sailing is). For the third week of training the Kiwi boys came over and we ran a little regatta with about 10 boats. We had a range of conditions including some of the windiest weather I have sailed in for the first two days which made things pretty entertaining. 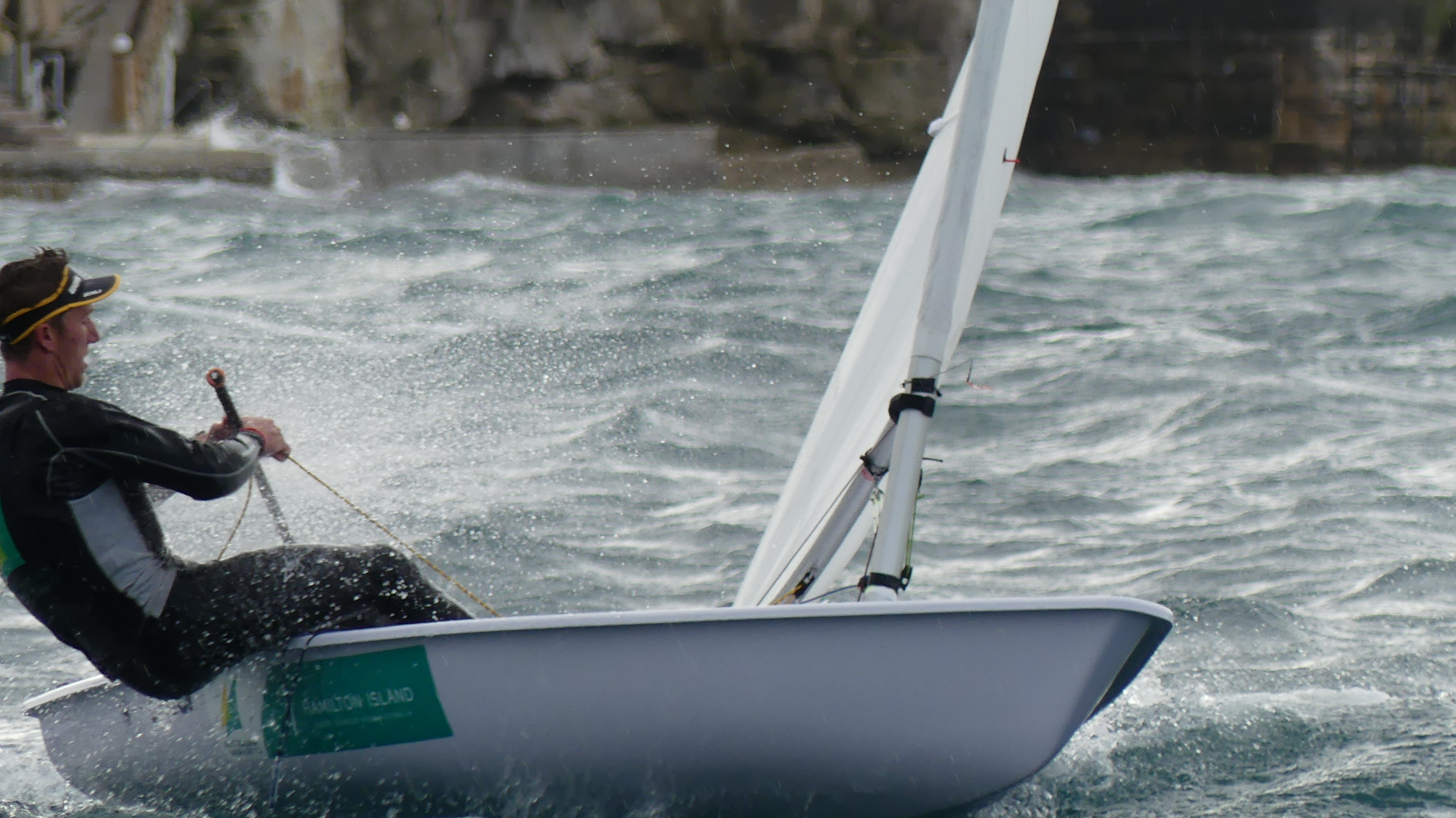 When the camp wrapped up I flew back to Perth for a total of four days before I jumped on a plane again headed for Brussels. From there I picked up the team van and rib from Wannes’s house and drove the 1000 km’s to Aarhus broken up over two days. The trip went really well and I didn’t really have any problems which was amazing. All of Europe was having one of the hottest summers in history with sunny skies and dry weather. It’s both great and also kinda scary. When I got into Aarhus I met up with Sam at the boat park straight away and we ended up going out for a quick sailing session together which was nice. We were there to do a training camp as well as a mini regatta with a bunch of the top teams to try and get used to the conditions in Aarhus. Mitch and I had an Airbnb in the city which was great (it was a nice airy penthouse apartment) and somehow Mitch had ended up upgrading our car from what was supposed to be a Ford Fiesta to Audi A4. Things were going well 😀 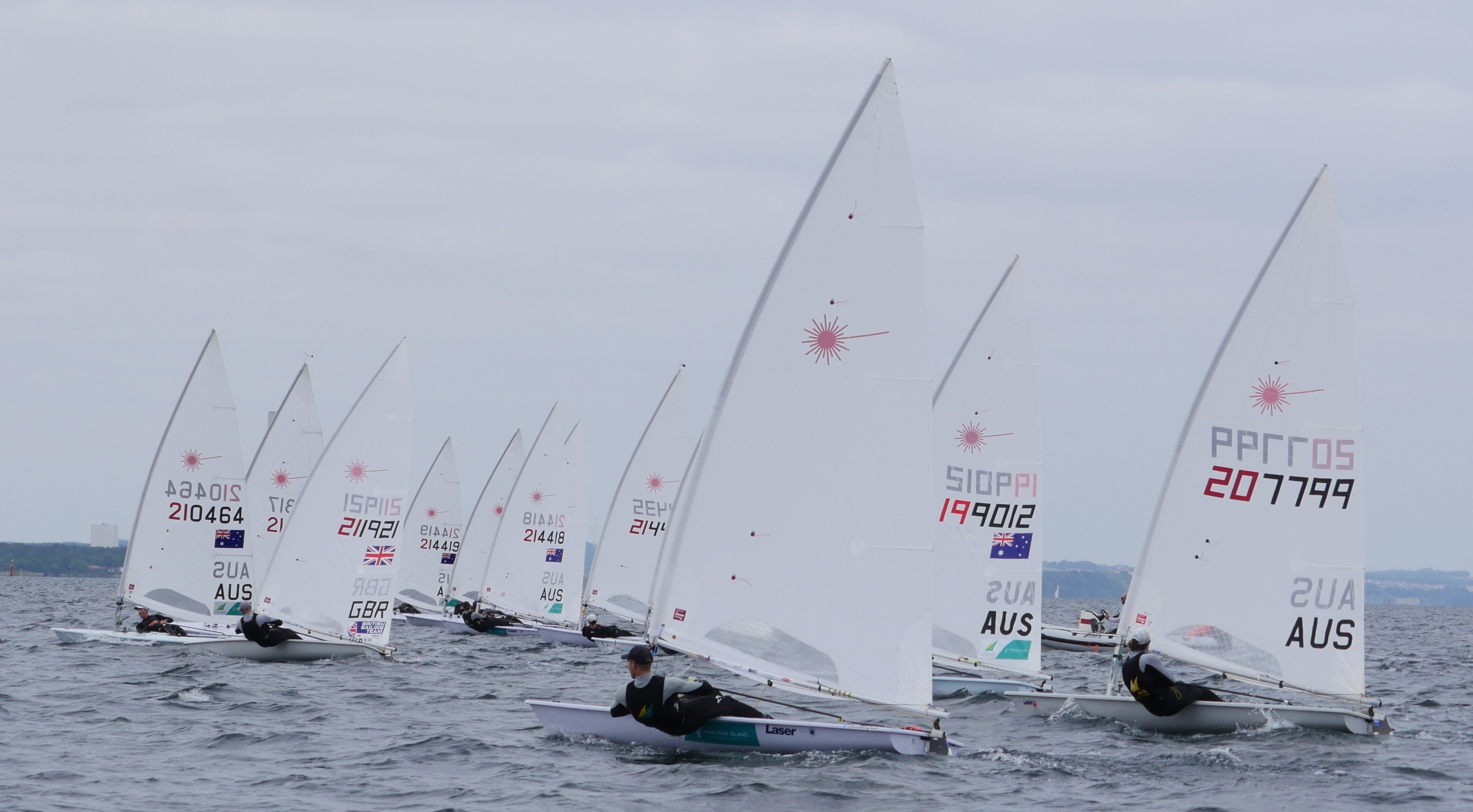 Something I think all of us Australians have noticed since we’ve been here is how good looking and fit the Danish people are. Everyone is tall and lean and something I think that might add to that is the fact that eating out is incredibly expensive (I paid $15 for a flat white and some banana bread once) and their gyms and really cheap and good. Fitness World is a big chain of gym over here, all of them seem to be really well equipped and they only cost about $20 a week! Fair to say they’re doing something right but I don’t think I could live somewhere where a coffee is $8.50.

The training went well in a mix of conditions and the racing was tough with about 60 entrants in what was mostly gold fleet. I was holding into the top 20 until the last day when I got given a double black flags on the last two races. Bit frustrating but I’m glad it happened then and not in the regatta. I took some valuable lessons away from that event but was ready to leave Aarhus for a break when it was over. Luckily we had organized to go to Lake Garda for a bit of a holiday and fitness block. Mitch and I nearly had a major when we got to Billund Airport when we learnt we hadn’t told the airline we were bringing bikes with us and they weren’t going to let us on. Yikes!! Luckily we managed to make a few last minute calls and we got them on with no extra charge. It was a long day of travel though, flying through Frankfurt before arriving in Verona then catching a shuttle to Riva arriving at 1 am. It was so good to be back though, my 6th year straight coming to Garda. We cycled nearly everyday, I windsurfed twice, gymed hard, walked up to the church and I even went foiling on Wannes waszp, my first time foiling on the lake. The 10 days flew by though and before we knew it Mitch and I were on the road again headed back to Aarhus. Bus, train, bus, flight, flight, bus was the combo it took to get back. Another 12 hour day to cross the continent. We figured we could have been halfway home in the same amount of time it took. 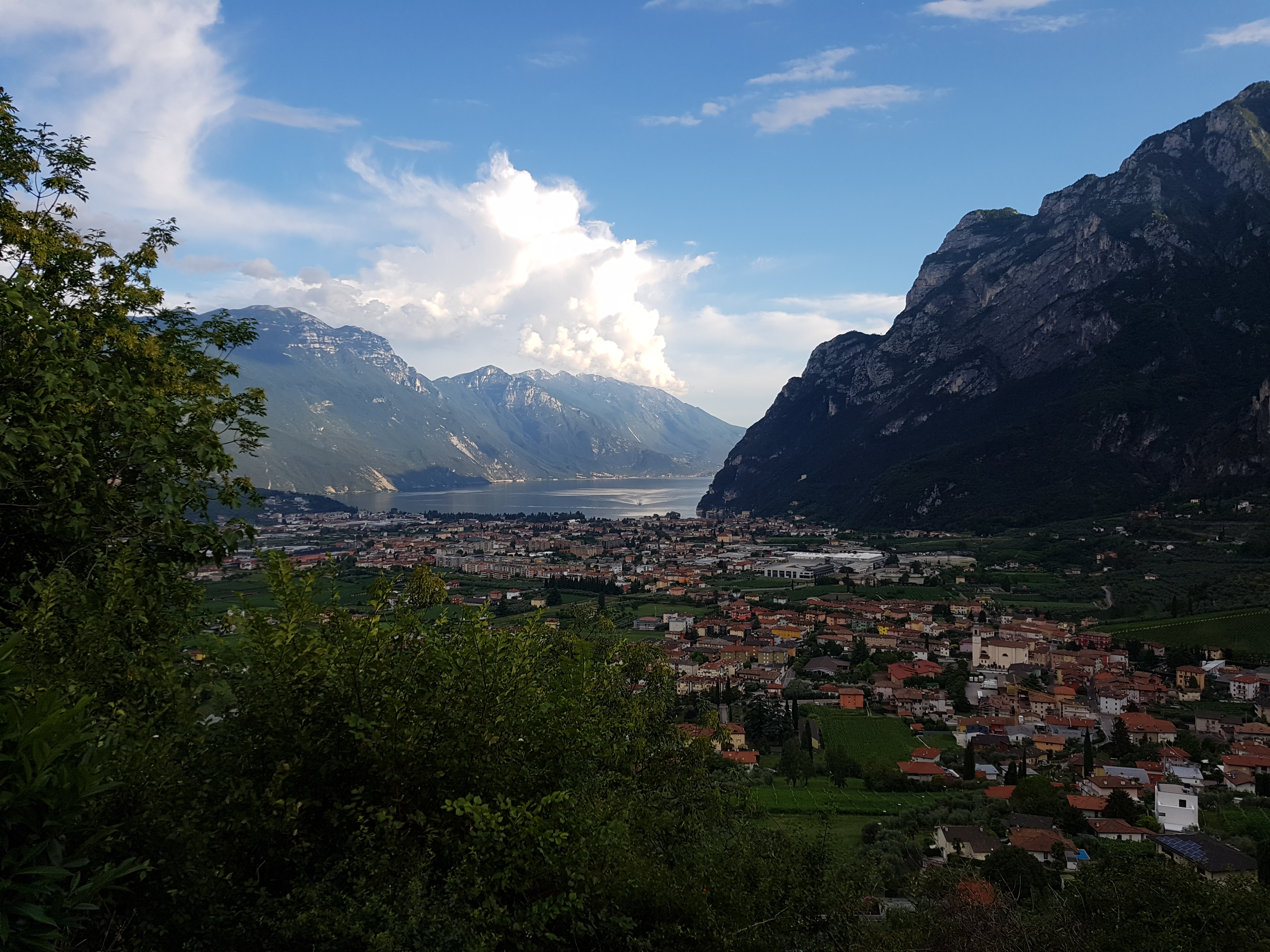 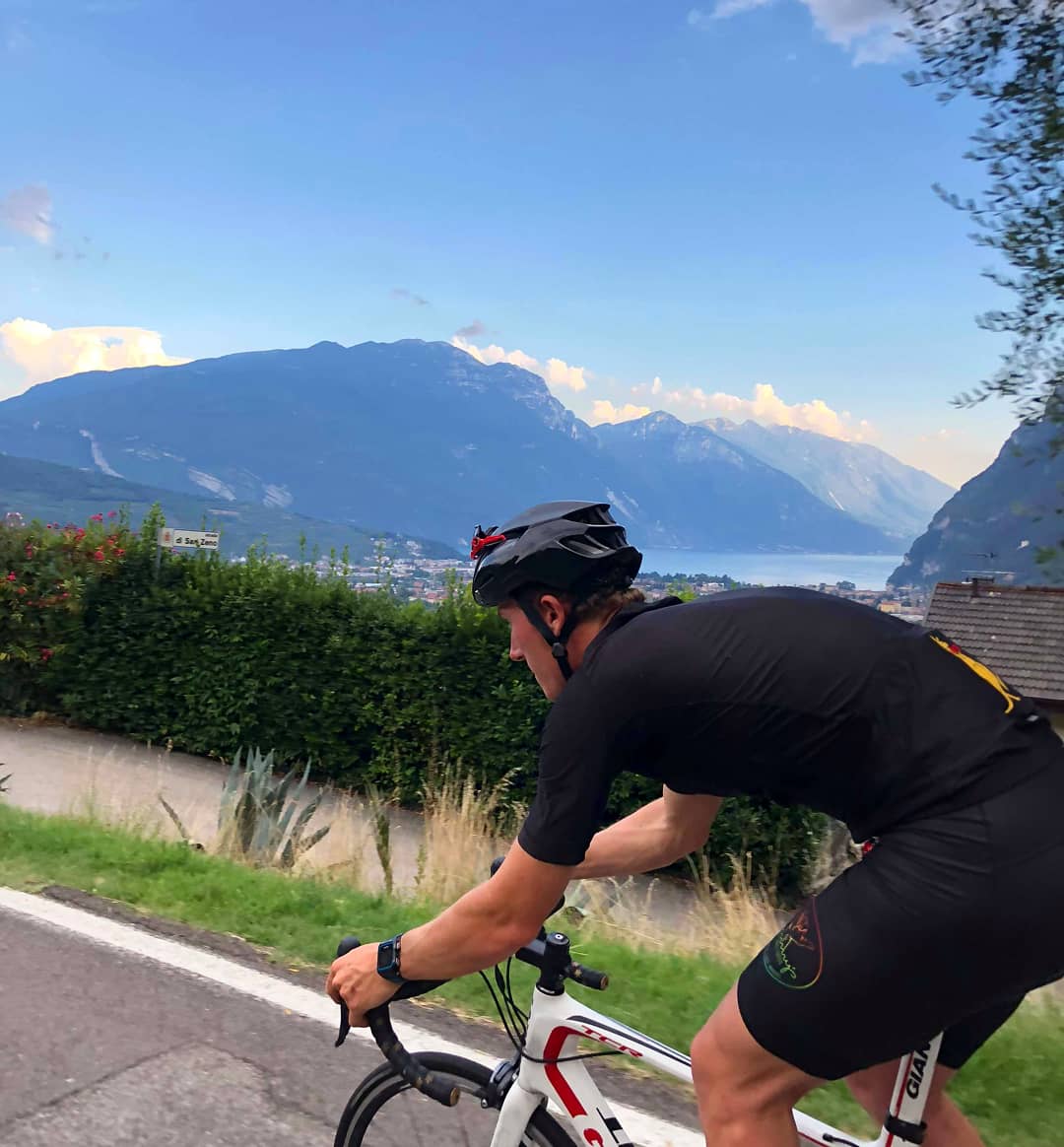 Once we got into Aarhus we parted ways as I was staying in the team hotel and Mitch was staying with Greg out of town a bit. Since then it’s been all business, sailing nearly everyday, trying to minimise distractions and focusing on what’s most important. My regatta boat is good and all my equipment is how I want it now. The wind has been quite tricky with this unusual summer still continuing but come the first day of the regatta it looks like we will have the more normal Westerly winds. That doesn’t mean it’ll be easier, probably quite the opposite actually, bringing flat water and massive shifts across the race course. I’m as ready as I can be though and I know I’ve done the work on myself required to perform. Now I just need to go out there and do it. I can’t wait! Two days to go now.